Consult an Attorney When DHS Gets Involved

Video Transcribed: I would like to talk to you about dealing with the Department of Human Services, when you have to and when you should avoid it, if possible. Start by talking about when you have to deal with them.

Department of Human Services, a child support enforcement department, will become a necessary party to any child custody proceeding, where the child has received any sort of DHS benefits. So for example, if they’re on SoonerCare, if they are on food stamps, if they’re getting TANF monies, childcare subsidy, anything like that make DHS a necessary party to child custody and child support proceedings.

And the reasoning for that is that DHS was wanting to ensure, and the state policy is to ensure that in the event the state has gone into its own pockets to afford benefits to a child or children, that both parents are financially supporting the child. 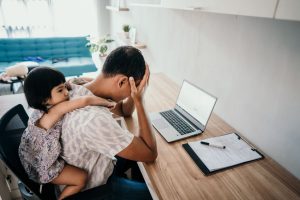 And I can tell you guys that from experience that this is a situation that can get somewhat complex. DHS is very specific about the language they want in custody orders. And if it’s not there, they can and do interfere with the entry of those orders.

So this brings me to another point I would want to point out to you, that if you can avoid having DHS involved in your proceeding, it may be to your advantage in the sense that it can remove a potential step or a potential obstacle to a quick resolution.

I have gotten into cases where the parties are all in agreement and DHS won’t sign off on the decree for one reason or another, or you have to lean on them pretty heavily to get them to do their job. Now I will say this with the caveat that part of that is that DHS has a heavy caseload.

These attorneys are very busy, and that consequently sometimes it can take a little while for them to get down to your case, but this is another reason why if you don’t have to involve them, maybe you don’t want to.

Now the flip side of that is that the DHS child support registry is a benefit in some cases. If you are paying child support, then you want to keep a good record of what you’re paying. And one advantage of going through the registry is that it does produce a paper trail for when you make payments, which is your protection and defense in the event that there’s ever a question about whether or not you’ve paid.

Now that always comes with the additional caveat that you should keep your own records. Best practices are however you pay child support, pay by money order. Keep copies of what you pay. Keep a copy of each money order. Keep the stub.

Make a logbook of when you paid it. And if at all possible, get a receipt every time you make a payment so that you can be sure that if there’s ever a question is, did you pay or did you not pay, that you can show that.

DHS can also, separate from child support, become involved in your case if there are allegations of child neglect and abuse, and in that situation where DHS would become involved with the child welfare.

I can tell you from experience if you are dealing with a situation where there are allegations of neglect or abuse, and DHS has become involved, then typically judges in Tulsa County will hold off on moving with any proceedings until such a time as DHS has completed their report and made a finding, and they will usually wait until they actually have the report in hand to do anything.

If you have reason to believe that child abuse or neglect has occurred involving your child, you are under a legal duty to report it to DHS. And if you fail to do so, you can be found to have failed to protect your child. So it is important if you’re dealing with a situation where you have reason to believe, or that abuse or neglect has occurred, or if your child should make a disclosure to you… and we’ve talked about this in the past… you have to call DHS.

Now, the other thing that goes without saying is in that situation or any situation where you’re dealing with a state agency like DHS, you really want to get a good lawyer involved. If you have questions concerning CPS Defense in Oklahoma or fathers’ rights in Oklahoma, or you are looking for a Tulsa CPS Investigation Attorney for Fathers,  please go to dads.law where fathers are not disposable.